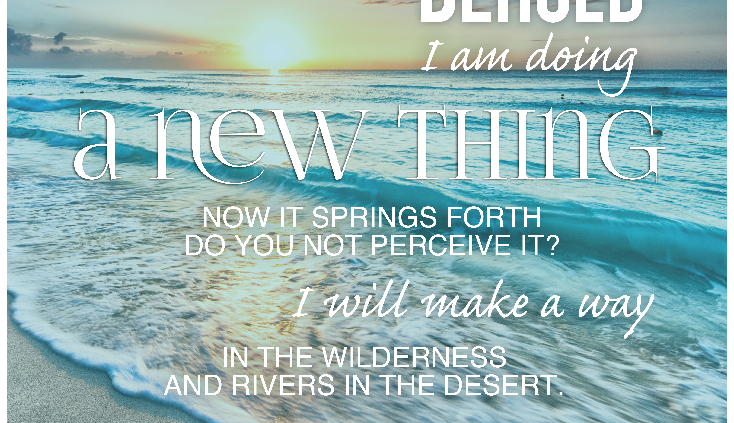 “Behold I am about to do something new. See, I have already begun!
Do you not see it? I will make a pathway through the wilderness.
I will create rivers in the dry wasteland.”

Much of Isaiah unfolds God’s grand scheme for the restoration of His people. The prophet announced that something new was going to happen. God’s vast divine plan, made before the foundation of the world, was going to take a new turn. The long awaited Messiah was going to be born.

For the Israelites, life leading up to the birth of the Christ Child had not been easy. They had experienced many challenges over the centuries as they struggled with obedience and fidelity to God. The Jews were looking for the Messiah to liberate them from the unjust Roman regime. But He would come with an infinitely greater mission. He would come to save humanity from sin itself.

For the sake of peace and power, the Pharisees and Priests had compromised with the Romans. It was a compromise not unlike the compromises that the mainline churches, including The United Methodist Church, have made to accommodate our cultural reality. Throughout Israel’s history, they experienced times when, in today’s vernacular, they needed a ‘do-over’, a coming back to their God and His plan for them as a people. And Praise God, we too are being called to a renewed commitment.

As Keith Boyette, President of the Wesley Covenant Association, proclaimed in his powerful address at the WCA Global Gathering in November, “God is birthing a new Wesleyan movement.” One man in Florida put it well, “I left the Global Gathering lifted, encouraged and more deeply committed. I am convinced we are in the right place for such a time as this. We are where God wants us; we are on the right side of history.”

We all have a role to play in this new movement. This was brought out beautifully by Cara Nicklas, a lay member of the Oklahoma Annual Conference. At the WCA gathering, she reminded clergy and laity that we are all ambassadors for Christ; in fact each of us, she said, has a role to play as theologians in the new church — the Next Methodism. She challenged laity to grasp a thorough understanding of the issues that divide the church and help prepare congregants for the decisions that lie ahead.

Dr. William Abraham, the Albert C. Outler Professor of Wesley Studies at Perkins School of Theology, proclaimed that the church is at a turning point and the choice is clear. He explained that Jesus presents us with two paths: a broad way that leads to destruction, and a narrow way that leads to life. We will either be a part of a church that is built on sex, gender, and rebellion. Or we will be a church built on the Lord’s teaching on marriage and creation – and most importantly, Divine Revelation and the Creeds.

We are on the threshold of restoration where Methodism will throw off the constraints of the world that caused the church to entertain trendy, compromised theology that has led to decline. Before us lies the opportunity for our church to be one whose identity is in Christ, built on God’s revelation of Himself, and one which is open to and led by God’s own Spirit.

Now is not a time for fear or discouragement. But it is a time of decision and action. As we prepare for the coming of the Christ Child, let us remember that God’s grand scheme has not changed. His divine plan, embodied in Christ Jesus, is the greatest gift of all. Let us not forget the hope that is ours this Christmas. God has not forsaken us, His Church, or His Creation. For, Behold, He is about to do something new. See, He has already begun.

***
As team leader of Renew, I thank all of you who support our work with your prayers and financial giving. In 2019, at the request of pastors and laywomen, Renew has helped churches to refocus women’s ministry on a mission driven program that leads to spiritual growth and biblical knowledge. Next May, Renew will represent evangelical, orthodox women at the 2020 General Conference in Minneapolis. Your end of year gift will make this possible. If you haven’t made a contribution to RENEW recently, we trust you will. I promise you it will be put to good work.

You can continue to stand with us by going on the Renew Website and download or print the Donations Form. Or you may designate a check to Renew Network and send to: 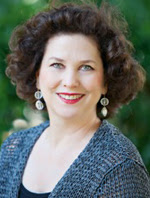 Are Traditionalists “Leaving” The United Methodist Church?
Scroll to top