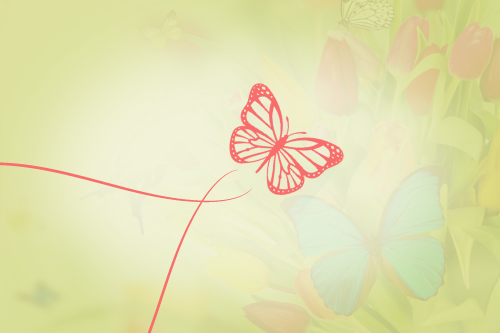 Note: The rebranding of “United Methodist Women” to “United Women in Faith” was revealed on March 3, 2022, but was overshadowed by the announcement that General Conference would be delayed until 2024. A subsequent interview via Zoom took place on March 17 by Jim Paterson, UM News, with Harriett Jane Olson, chief executive officer for United Methodist Women, and Sally Vonner, transformation officer of United Women in Faith.

A recent press release by UM News announced, “Women’s agency hits refresh, expands welcome.” The article referenced the rebranding of “United Methodist Women” to “United Women in Faith.” UMW’s chief executive officer, Harriett Jane Olson, and UWF’s transformation officer, Sally Vonner, answered questions regarding the intent of the renaming of United Methodist Women. Olson and Vonner fielded a series of practical and program related questions culminating with three questions about some of the important changes aside from the name change.

Olson pointed out there would be more ways to join UMIF and more digital access to some resources. There are two means of membership, locally at a church or the national model of all access membership. Another thread throughout the interview was the ongoing emphasis of UMW and UWF on social justice, which entails putting faith into action socially and politically.

Ms. Vonner’s answer: “We hope that they could still see themselves connected to us as United Women in Faith. We feel that faith is our anchor of the sisterhood and what calls us into relationship with God, but also relationship in terms of living out that faith. Issues impacting women, children and youth are still important now, as they’ve always been since this organization began in 1869. That hasn’t shifted. If that’s where their heart and passion is continuing to engage, then they certainly are welcome.”

This final question and answer, framed for theoretical women who may be a part of the Global Methodist Church, evoke additional questions for the UMW and the UWIF leaders. These questions fall into three categories, theological, political, and social. At no point in the interview was there any indication of a change in the liberal policies and programs the UMW has promoted for the past 40+ years. The positions the UMW National (UMWN) has held produced sharp division between the liberal and conservative women within the organization of United Methodist Women. Below are questions raised by evangelical women regarding affiliation with UMW or UWIF.

Can the UMW and UWIF endorse the belief that the Word of God is the complete revelation of God’s will for the salvation of men and women, and the final authority for all Christian faith and practice? (Radical Feminist theology has revised this understanding in previous UMWN resources.) Psalm 119:105; 2 Timothy 3:16

Can the UMW and UWIF lay aside Universalism and Pluralism and acknowledge that salvation is found only through the shed blood of Jesus and His death and resurrection provides the only grounds for the forgiveness of sins of all who believe and accept Him as Savior?
Jesus Christ is Lord of all and the one and only Savior of the world. (UM Book of Discipline)
John 14:6; Acts 4:12

Can the UMW and UWIF hold to the biblical understanding that God creates each person as male or female. These two genders reflect the image and nature of God. Rejection of one’s biological sex is a rejection of the image of God within that person. Genesis 1:27; Matthew 19:4

Can the UMW and UWIF affirm that marriage is between one man and one woman, and that any form of sexual immorality (including adultery, fornication, homosexual behavior, bisexual conduct, bestiality, incest and use of pornography) is sinful and offensive to God?
Matthew 19:4-6

Will the UMW and UWIF continue to sanction abortion and champion a woman’s right to choose over the right to life for the unborn? (A Pro-Abortion stance has long been held and advocated by the UMWN.) Psalm 139:15-16

Will the UMW and UWIF continue to sanction homosexual and lesbian practice, along with the acceptance of LGBTQ+ and Transgendered lifestyles? (UMW events, program resources and legislation to General Conference reflected support for the LGBTQ+ lifestyle.)

Does the UMW and UWIF affirm the importance of an American free market system within a representative democracy, or, desire to see a socialist/Marxist system in its place?
(Anti-American sentiment was consistently documented at UMWN events and in UMWN resources. At a National Seminar almost every American institution, including the church, was listed on a white sheet and marked as institutions that needed to be reformed, or removed.

Does the UWF intend to continue its close connection to the United Nations and support for many of the radical treaties that negatively impact families, democracies and nations?
(UMWN is an official consultant at the UN. The UMWN owned Church Center is located across the street from the United Nations building in New York City at 777 First Ave. Additionally, the UMWN has traditionally had a number of representatives in the UN building. UN related meetings are held at the Church Center offices. UN reps speak at UMW training events, and advocate action on the part of UN programs and treaties. The Chapel at The Church Center for the U.N. is used for inter-faith religious services.)

Does the UMW and UWF embrace Critical Race Theory, the Woke movement and claims of racial injustice as advocated by violent, divisive groups such as Black Lives Matter and Antifa?
(The UWF Reading Program recommends two books by Ibram X. Kendi, an advocate of Critical Race Theory.)

Does the UMW and UWF plan continued alignment with radical Non-Governmental organizations that promote and lobby for left-leaning political and social legislation? (Some of these NGOs have offices at UMWN Headquarters at 475 Riverside Drive, the Church Center at the UN and on the campus of the Scarritt Bennet Center in Nashville, Tenn.)

The questions raised above relate to the very same issues that have brought the United Methodist Church to the point of separation. They are the issues that caused the formation of renewal movements (Good News, UM Action, The Confessing Movement, Concerned Methodists, The Wesleyan Covenant Association), within the UMC, including, in behalf of women, the Esther Action Council, The Good News Women’s Taskforce and the ECUMW/RENEW Network. They are the underlying concerns, among others, that brought about the formation of the WCA, and the subsequent Global Methodist Church. To have a joint association with the GMC and the UWF, would be no different than remaining within the United Methodist Church. Contending for the faith rather than proclaiming the Gospel of Jesus Christ would continue to be an ongoing struggle and diversion of resources and energy.

As for joining the UWF to maintain a social witness, the Methodist movement has always encompassed the understanding that salvation and personal holiness lead to social holiness, based upon biblical principles, not upon political agendas and secular mindsets. Local Methodist churches, and churches of other denominations, engage in ministries of mercy and advocacy for those in need. The Salvation Army and Samaritan’s Purse are two of the most prominent relief agencies known and respected worldwide. They do not discriminate against any group, yet, they offer the message of salvation to everyone. It is the “power of God unto salvation.” Why deprive those with the greatest need of the greatest answer for their lives?

The day for a hopefully amicable separation within the United Methodist Church draws near. Men and women of a biblical worldview and evangelical persuasion must stand together in faithful commitment to the “faith once delivered to the saints.” We do not want to be a Lot’s wife who looked back…but rather an Esther who took a costly, bold stand or a Sarah who traversed the land beside Abraham to a better country, which God had prepared for them.

Can a Rebranded United Methodist Women Become Relevant to Women in the Global...
Scroll to top