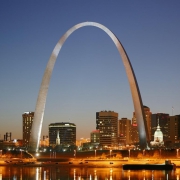 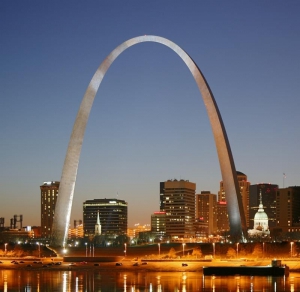 During the days just prior to the 2019 General Conference, one African woman pastor declared, “We are here to give the church back to Jesus.” And so they did. For without their strong support of orthodox, evangelical Christians, the One Church Plan would have prevailed. Instead, the church passed the Orthodox Traditional Plan.

Many were disappointed with bishops who did not move the process along, which in turn left no time to adopt petitions which would have addressed some of the unconstitutional issues cited in an earlier Judicial Council ruling. And yet much was accomplished. Important loopholes were closed and standards strengthened, including those for ordained ministry.

An explicit prohibition was passed that will limit candidates for ordained ministry to those individuals who will uphold our standards as stated in the Book of Discipline. Additionally, Bishops will not be able to dismiss complaints arbitrarily. A gracious exit plan was passed. But time ran out before it was perfected. Still the will of the body was made known.

There were important amendments that were not allowed to come before the body due to stalling. There is much work that will need to be done between now and the 2020 General Conference. But that does not diminish what can be celebrated. The One Church Plan did not have the votes to pass. It was not affirmed by the majority of delegates. This is remarkable given the time and energy the Council of Bishops and Uniting Methodists put into passing it. Their claim that it had overwhelming support was proved wrong.

We can rejoice that the Book Of Discipline will be strengthened; the definition of marriage will not change; our churches still officially cannot hold same sex weddings, and the ordination standards have been made stronger. For a more detailed account of what was passed and not passed click here and here.

What has divided the church is bigger than the issue of inclusion of LGTBQIA persons. The issue that has divided United Methodists is deeply theological and spiritual. Leading up to and during the conference, there had been much talk of ‘unity’ and ‘love’ by the centrists and progressives. They thought they had the moral high ground. But did they? It turned out that their understanding of both love and unity was built on sand and not a rock solid understanding of God or Scripture.

Dr. Luther Oconer, a Filipino who teaches at United Theological Seminary spoke at a dinner the night before the conference began. He reminded us that there is no real unity without obedience. Oconor also drew the connection between obedience and holiness. He made a powerful point when he remarked, “Promoters of the OCP argue for a diversity of practices…on human sexuality.” He went on to say that they want diversity in unity, but fail to realize that what we practice is tied to deeply held beliefs that define who we are as Methodists: beliefs that “run to the core of our understanding of sin, grace, justification, and sanctification.” The progressive position makes no sense because, “…by allowing different approaches to marriage and ordination based on context, we will have already undermined the very essence of what makes us Methodists…It is tantamount to surrendering our spiritual identity to the dictates of the world.” For Oconor’s entire address, click here.

Our Centrist and Progressive brothers and sisters seemed to have forgotten or failed to comprehend that obedience is necessary to unity and holiness. Unity cannot be achieved if we discard the beliefs that define who we are. They asked all United Methodists to accept the demands of the LGTBQIA community and get back to the Great Commission and the business of making disciples – a goal they thought all Methodists could share. But as Dr. Richard Ramos has shown, mission cannot be successful without obedience, because here too, authentic mission must abide by the words of Jesus who tells us not only to go into all the nations, not only to baptize but to teach them to observe ALL things He has taught. Again, obedience is key to mission.

Most importantly, obedience is also essential to the understanding of real love. Jesus tells us in John 14:15 “If you love me, keep my commandments.” John’s letters tell the early church that love is obedience to ALL that God has commanded. Love distinguishes Christians from the world. Throughout John’s writings, he expounds on love. John makes it very clear in his second letter the sixth verse, “This is love, that we walk according to His commandments.”

It is a shallow love that is defined by merely granting what a person wants. It is a dangerous love that misrepresents and blesses what the Word of God does not affirm. For love separated from obedience to all “that is written” is not love. It is self-centeredness in the name of a shallow love that is neither of the spirit nor of the truth. As Cara Nicklas, a delegate from Oklahoma wrote, “Proponents of the OCP argued simply that their plan promoted ‘love for one another’ implying the Traditional Plan did not. Their ‘Love’ is viewed as acceptance of any and all sexual behavior. If it feels good, do it.”

Unity, holiness, mission and love are unobtainable without obedience. Rev. Kenneth Levingston reminded delegates that Methodism is known for its faithfulness to scripture and its emphasis on the way of holiness. Levingston also admonished us not to go back to the bondage that does not honor God. He was referring to those who have taught the church to go after the flesh and not the Spirit.

The Traditional Plan was passed. Traditionalists believe LGTBQIA persons are loved by God. They are welcome in our churches. They are loved with a love that has not been severed from obedience to all that Jesus has taught.

Immediately after the close of the conference, a friend and I found ourselves in a conversation with a female bishop. She accused us and other traditionalist of wanting to throw her out of our denomination. My friend gently reminded her that she knew what the UMC stood for when she vowed to uphold and guard those beliefs. We must remember that the bishop and other like her appeared to be in shock because the OCP did not pass.

Since then, many progressive bishops and denominational leaders have made any number of accusations to the motives of traditionalists. Some have vowed in print to continue to disregard our Book of Discipline and work for full inclusion of all LGBTQIA persons.

It should be remembered that traditionalists have been faithful to the Word of God and the Book of Discipline. Progressives have put us in schism. Dr. David Watson, professor at United Theological Seminary, puts it very strongly, “For years now I have believed we are not functioning as a single denomination. Once bishops started openly to violate the decisions of the General Conference, it was essentially all over. The 2019 General Conference simply held up in dramatic fashion what has become increasingly clear to many: the divisions are so great that we cannot hold them within a single denominational container.”

If the OCP had prevailed, our church would indeed be in bondage to the demands of our culture. The church would have rejected real unity, true holiness, authentic mission and perfect love. But instead, the conference upheld what in Jesus’ words, has been true “from the beginning.” Rev. Levingston passionately reminded the delegates at a Good News breakfast that, “It is still written,” a reference to Jesus’ words in Matthew 24, “Heaven and Earth will pass away, but My words will by no means pass away.” Peter on whom the church is built put it this way, “The Word of the Lord endures forever.”

Of all the accomplishments and disappointments of this conference, the overarching fact remains – The Word of God and the Doctrine of Holiness were not abandoned by the majority of United Methodists. 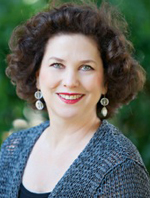 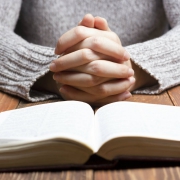 Team Renew invites you to join this Call to Prayer for General Conference 2019 provided by the Wesleyan Covenant Association of the Texas Annual Conference.You will find a new prayer each day on the Renew Facebook page.

The following is from the Call to Prayer.

John Wesley said, “I continue to dream and pray about a revival of holiness in our day that moves forth in mission and creates authentic community in which each person can be unleashed through the empowerment of the Spirit to fulfill God’s creational intentions.”

General Conference is fast approaching, demanding the United Methodist Church to make decisions that will define our future as a denomination. (Renew and) the Texas Conference members of the WCA,  want to urge all our members to be in prayer each day of February leading up to and immediately following General Conference.

To make that happen, we are equipping you with a daily scripture and a prayer.

You will find that these prayers have been written around nine themes:

Praying for twenty-seven days (through General Conference and the following day), we will pray each theme three times.

Please make this a part of your regular daily prayer time.

Thank you for your commitment to Christ and our beloved church as we pray our way forward.

Leaning into God’s future for us,