As Dixie Brewster, spokeswoman for the Local Church Committee of the 2016 General Conference of The United Methodist Church, came to the stage to present legislation prepared by the Renew Network to amend Paragraph 256 of the Book of Discipline, women all over the floor of the conference watched with anticipation. An objection was launched by a delegate who did not want the Discipline amended to recognize and encourage alternative ministry in addition to United Methodist Women. But those who spoke in favor had the more cogent arguments. The petition had been fiercely debated in committee yet had passed overwhelmingly without amendments. That day the entire body of delegates in Portland, Oregon, would vote to pass the legislation.

To some, the passage of this change to the Book of Discipline may not have seemed particularly remarkable, but to the women of Renew, this was monumental. As Ruth Burgner of the Mission Society had once written, “If you knew what was going on, this sight might strike you as the stuff short stories and classic tales are made of – the story of a smaller opponent squaring off toe-to-toe with a bigger (and apparently more powerful) one, engaging bravely on behalf of an entire unsuspecting community.”

The passage represented over two and a half decades of conscientious work on the part of women who have played a role in the Renew Network, which is the women’s program arm of Good News.

The network was formed as a two-pronged ministry calling for spiritual renewal for the women of the church and accountability of the Women’s Division (now United Methodist Women Inc.). As founder and president Faye Short remarked in 2002, “These are the ‘grassroots’ of the church, the mainstream Methodists who joyfully embrace and share the great Christian truths that transform lives.” It was by and for these mainstream women that the Renew Network came into being.

Renew traces its roots back to the early 1970s. It was then evangelical women began raising alarms about the resources they were getting from the Women’s Division. Concerns were voiced because the theology, philosophy, and ideology of the Women’s Division were far different from that of the women at the local level. The Esther Action Council and the Good News Women’s Taskforce documented concerns and looked for ways to encourage the grass roots women of the church. These efforts led to the formation of the Renew Network in 1989 under the leadership of Faye Short.

The story of the Renew Network connects to Faye’s story. Many do not realize that Faye was a UMW local, district and conference officer in North Georgia prior becoming president of Renew. She knew first hand the concerns that were arising from evangelical women. When Helen Rhea Stumbo, now chairperson of the Good News board, invited Faye to her first Good News board meeting, Faye told Dr. James V. Heidinger II, then president of Good News, that she had come with a strange burden on her heart for the women of the UM Church.

As the church drifted away from classical orthodoxy, the leadership team Faye had organized began to shine light on the theological error coming out of the Women’s Division. A White Paper titled “Our Basis For Concern” was produced in 2001; it revealed much. Whether it was liberation theology, propagating that all faiths are acceptable ways to God, pro-abortion advocacy, participation in the Re-Imagining movement, tying the mission of the church to the goals of the United Nations, advocating radical feminism, support for a new sexual ethic, or substituting progressive public policy for the proclamation of the gospel, Renew was faithful to report these disturbing developments with the hopes of seeing reform.

Bringing to the conscience of the church that which had the potential of compromising her mission and weakening the proclamation of the gospel was not the only work of the Renew Network. Equally, if not more important, was the development of ministry models and Christ centered program materials. While Renew gave voice to the concerns of evangelical women, they developed alternative resources. These resources encouraged relationship with Jesus and knowledge of Scripture, and a biblical worldview regarding social and political concerns.

A good example of one such resource is the book, Reclaiming the Wesleyan Social Witness: Offering Christ that I co-authored with Faye Short. It put forward a Wesleyan social witness, and proposed a rediscovery of the core of the Wesleyan witness – “saving faith.” Bishop Lindsey G. Davis wrote, “This book offers fresh insights into how our social witness can be transformational and firmly rooted in the Christian faith.”

As we moved out of the late twentieth century and into the next, many churches began Bible studies and alternative women’s ministries. In many parts of the country new forms of vital ministry sprang up; but in other locations innovation was not so easy. Work remained to be done.

In 2008 Faye Short retired as president of Renew and Liza Kittle would take her place and continue the two pronged ministry. Liza was a former radical feminist who came to know Christ in her 30s. She had a real heart for women’s ministry. She wanted all women to experience the life changing transformation that had turned her own life to the Lord.

Prior to becoming president, Liza had served as a press representative, writer and analyst for Renew. Among her reports was an analysis of the Book of Resolutions. After studying the legislation of several General Conferences, it was determined that over 80 percent of the social policy agenda of the UM Church originated from a handful of the liberal boards and agencies in the church. The once six-page addendum of the Book of Discipline had morphed into over 1,000 pages of social justice policy and political agendas that boards and agencies used to fuel their advocacy on Capitol Hill, the White House, and around the world. Her analysis brought important statistical evidence to the eyes of the church.

It was Liza who rewrote and submitted legislation to the 2012 General Conference using language similar to that of United Methodist Men and containing goals associated with the new emphasis on Local Church Revitalization and Growing Vibrant Congregations. Renew’s legislation passed overwhelmingly in the Local Church committee. Unfortunately, due to the late decision from the Judicial Council, time did not allow for the legislation to come to the full floor for a vote. Although this presented a delay of four years, it could not stop the momentum.

After years of involvement with women’s ministry, I became the Renew team leader in 2015. We’ve assembled a team of women pastors and lay teachers to provide devotionals, teachings, Bible studies, and mission ideas. Renew continues to be committed to build and encourage vital women’s programing. Churches and women’s ministries that are making a difference locally and globally are being featured on the Renew website, Facebook page, and in the Good News magazine (see the “Rooted” article in this edition). These stories of authentic women’s ministry are inspiring churches in and beyond Methodism.

The Renew team and all the many women of the network were thrilled when legislation passed at General Conference 2016, amending the Book of Discipline to officially allow alternative women’s ministries. The passage of this legislation represents a new freedom for women within our denomination. With this official endorsement of The United Methodist Church, the hindrances and constraints of the past have been removed. The gates are open for an even brighter future for women’s ministry in the church. The reality for some time has been that churches are offering options that meet the diverse needs of Christian women. We are excited for the days ahead as the Holy Spirit fans the flame of revival and renewal among the women of the UM Church that it may move in ever growing power.

Renew is thankful for having played a part in inspiring biblically based ministries. Yet vigilance remains essential. Renew reported that in 2016 the UMW National produced a spiritual life study on human sexuality that, if embraced, would take the UMW related women and the Church away from the Church’s official biblical sexual ethic. 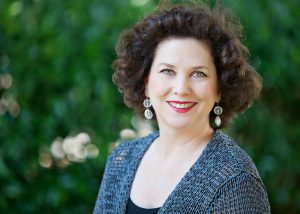 The Rev. Rob Renfroe, current president of Good News, expressed his appreciation for the contribution of Renew to the reform and the renewal of The United Methodist Church when he said: “Renew has been a genuine gift to the women of the church who have looked for balanced, biblical resources to support their spiritual growth and their ministry in the world. In addition, Renew has served as a vigilant and effective force in exposing the radical political agenda behind much of the work of the Women’s Division.”

The women of Renew appreciate this assessment. We view the work of Renew as part of the faithful witness of both men and women within the Good News movement whose purpose is to lead United Methodists to a faithful future.

Katy Kiser is the team leader for Renew Women’s Ministries. For a more detailed account of the history of the RENEW Network go to: www.renewnetwork.org or call 832-381-0331.